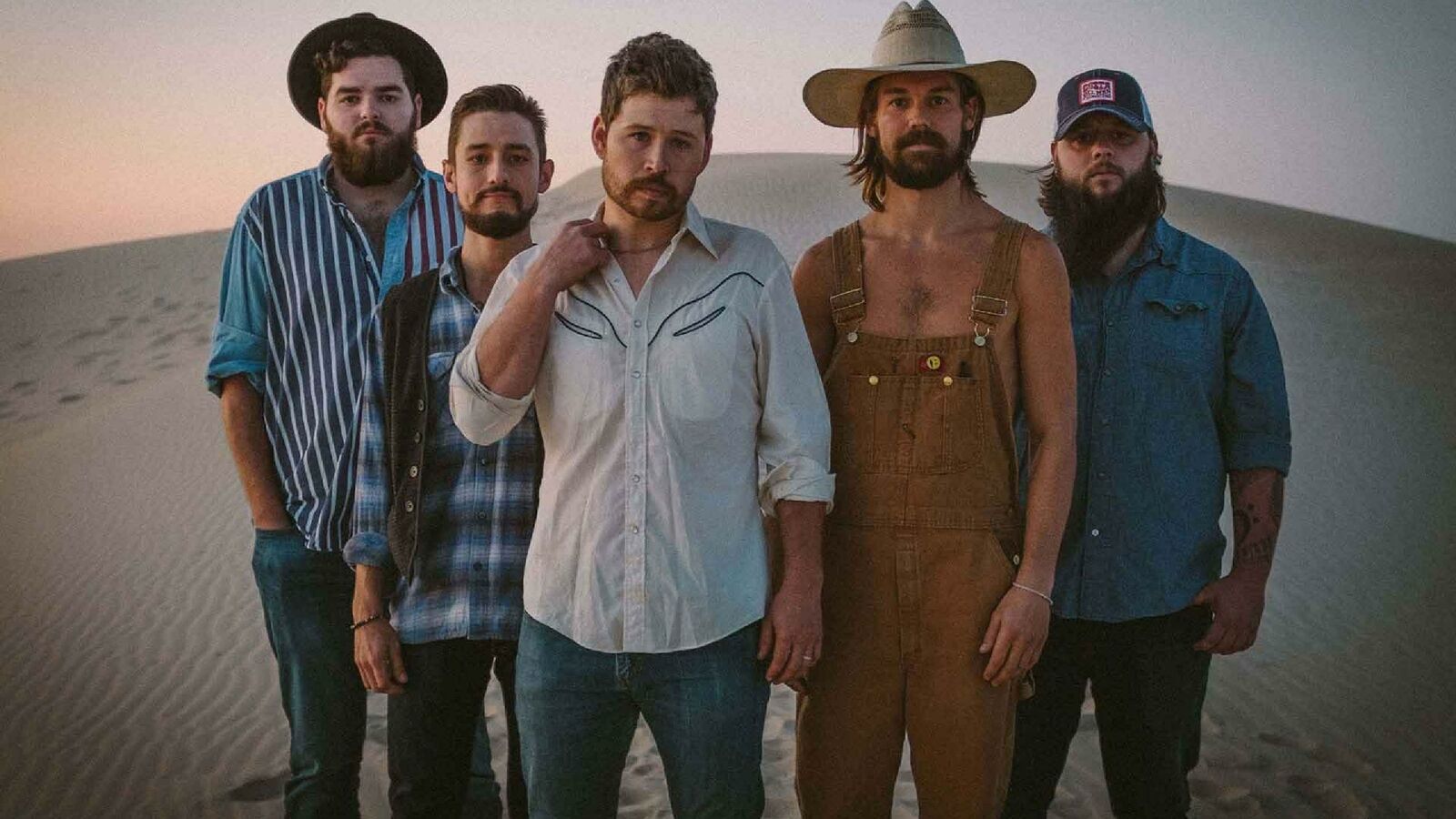 Play just the first 10 seconds of "The Mountain," which opens Geronimo, the latest and most ambitious release from Shane Smith & The Saints.Robust a cappella, four-part harmonies set the stage for a saga of family tragedy, a young son's revenge and a blaze burning eternally in a Pennsylvania mine. The vivid lyrics, powerful vocals and thumping four-beat drums throughout this song are reason enough for lovers of creative roots music to celebrate.From their home base in Austin through performances across the country (17 states) and abroad (Ireland), these five gentlemen have not just stuck stubbornly to their musical and lyrical convictions. They've defied audience expectations by delivering incendiary shows, each one ignited by the band's ability to unleash, feed from and feed back the energy of the crowd -- in spite of the fact that they don't fit easily into any musical category.With Geronimo, they've dared themselves to exceed their own expectations.Each song begins with Smith creating its "bones," in the form of chords and lyrics. He then joins fiddler Bennett Brown, lead guitarist Tim Allen, bassist Chase Satterwhite and drummer Zack Stover to bring those bones to life. Aside from a bit of cello, some horns and a few keyboard parts, the band lays down each note on Geronimo. Their ability to bring songs to life has even earned them opportunities to record instrumental tracks for other artists.Smith's ability to draw images from everyday life into poetry goes back to his earliest days in Terrell, Texas, an hour east of Dallas."There was an old Catholic church right next to our house," he recalls. "To this day, I remember those church bells ringing. In fact, I use that reference in a song from Geronimo called 'Suzannah,' which is about a guy who's fighting a war and is thinking of his hometown -- and he also remembers being raised with a church bell ringing on the hour every day."Before he ever thought of himself as a songwriter, Smith was concerned mainly with tennis. He played for the formidable program at Tyler Junior College before transferring to St. Edwards University in Austin, Texas. Smith soon began getting into music as well, playing solo gigs in local bars. And he began writing, inspired by looking at life as it played out around him.  "I'd be in a restaurant and overhear someone saying something, and I'll have to excuse myself, walk outside and write a note to myself about it," he says. "These days, I make little iPhone recordings. The other day I made one about this homeless guy I saw by the side of the road out in the middle of nowhere. He was dirty and worn out but he was picking these gorgeous flowers. I constantly see moments and images and statements, put them in the bank and have them there to reflect on and make into honest lyrics down the road."Even when he writes a love song, Smith almost can't help but turn the mundane into something transcendent. On Geronimo, he does this with "All I See Is You": "The storm's running through the Midwest like a bandit on the loose. / All the clouds are black as night and all I see is you. / The rain's pouring through the window panes and the cracks of this roof. / Tea's boiling from the spout of the pot, but all I see is you."Recorded and self-produced while on the road throughout Austin, Dallas and Nashville, Geronimo weaves these images into story lines, each enhancing the other, together coming alive. "I love trying to tell stories through songs," Smith observes. "There's something that fascinates me about echoing old tales in songs to carry them on for years and years, like old folk songs."And so we travel with a newly freed slave in the nineteenth century, hearing the music and feeling the exuberance of dancing in Congo Square on "New Orleans." We feel the rueful reflection from a sinner who "spent time on the wrong side of the church door" on "Right Side of the Ground." We stand shoulder to shoulder with the Alamo's doomed heroes as their final seconds near on "Crockett's Prayer." And the title track serves a dual purpose, taking us to a heroic time and place while making a broader statement about this project.“On one end, it is an attempt to pay tribute to the life of Geronimo, the Apache warrior,” says Smith. “I've always been fascinated by Geronimo and the principles he stood for. This also presented the perfect opportunity to relate the term 'Geronimo' with our intensions of this album and the 'jumping from a cliff' idea that it symbolizes. If we are going to attempt a career in music, this album is our commitment to give it everything we've got.”“Our goal with this album was never to put out a bunch of catchy singles and be all over the radio,” explains Smith.  “It was to set us apart, with meaningful lyrics, huge harmonies and the sound of a hard-working band that has played some crappy gigs and come out stronger for it. We always had the options to either make a 'safe' record or put something out that sounds like us and no one else.”"We took that second option and named it Geronimo."