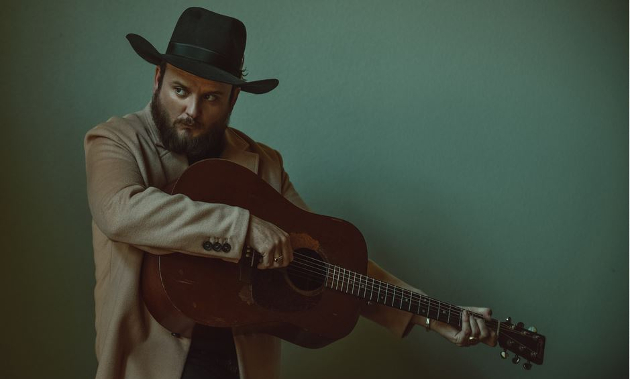 Emerging from deep in the pines of East Texas, the barreling resonance of Paul Cauthen’s voice is sure to find its way into your soul. Paul’s distinct sound is a mixture of his namesake and late grandfather, Jim Paul, and his grandmother, who each shaped Paul’s foundation. In childhood, Paul was exposed to the sounds of gospel music and introduced to his grandfather’s contemporaries: Johnny Cash, Elvis, Buddy Holly & the Crickets along with their collaborator and Jim Paul’s friend Sonny Curtis. Paul began to pour their influences into the music he was beginning to make at a very early age. His grandmother taught him to play piano on the old upright that has been in her family since before Paul was born; moreover, Paul’s grandmother is the reminder of all Paul strives to be: a soulful spirit, carrying his grandfather’s torch and creating music to spark your internal fire and leave a smooth aftertaste.

Like many of the musicians he aspired to be like, Paul’s road to the stage did not come without its problems. As a young man in Texas, Paul found himself in and out of trouble with the law. Settling in Colorado after straightening himself out, he found himself experimented with bluegrass and local jam bands, but his home state kept calling to him. It was after his move back to Texas, Paul co-founded a band called Sons of Fathers, who quickly found success, playing the Ryman Auditorium, Grand Ole Opry, ACL Music Festival, and Bonnaroo among many other shows around the country. For Paul, the Ryman Auditorium was the most important; it was where the legends he had admired since childhood cut their teeth. In 2014, Sons of Fathers parted ways and Paul began to blaze his own path.

In the summer of 2015, after spending the previous year writing extensively with songwriters throughout the country, Paul contacted producer Beau Bedford. Immediately after their first meeting, recording dates were set. Given Paul’s story and hunger for American music, Beau decided to record Paul in Muscle Shoals, Alabama at legendary studio, FAME. In the same rooms that heard Aretha Franklin, Etta James, Wilson Pickett and Duane Allman make their first hit recordings. During the FAME sessions, Paul was joined by Rock and Roll Hall of Fame musician and swamper, Spooner Oldham. From Muscle Shoals, the recordings went back to Texas to Beau’s studio, Modern Electric Sound Recorders, where members of the Texas Gentlemen (Leon Bridges / Jonathan Tyler) contributed to the album. The songs recorded for Paul’s solo album debut, which includes a co-write with Texas songwriter Hayes Carll and a guest appearance by Gus Seyffert (of Beck and the Black Keys), are an offering of everything that defines Paul - Country, Soul and Gospel. A combination that can only be described as uniquely American, and completely Paul Cauthen. Paul is committed to carrying the torch of his American predecessors, and do it the only way Paul knows how: to simply say it like it is.