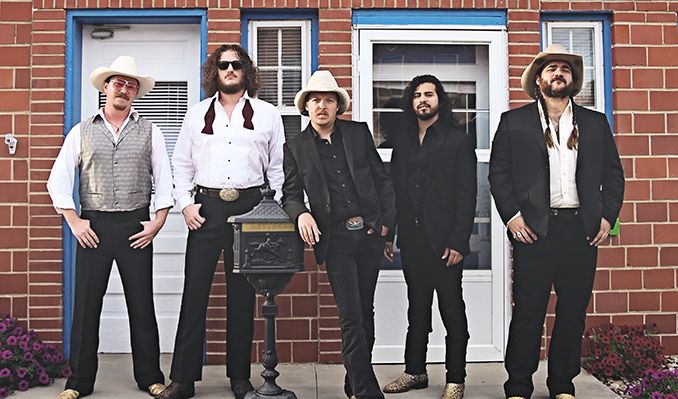 For the past seven years, Mike and the Moonpies have been making a name for themselves as Austin Texas' premier honky tonk band. With the growing regional popularity of their 2012 release "The Hard Way," radio single of the same name, and a non-stop regional touring schedule, they have recently taken the entire Texas music scene by storm. The Moonpies have delivered some of the most memorable performances in recent years in venues like Gruene Hall and Luckenbach TX, and have gained a cult like following in Oklahoma, Arkansas, Tennessee and throughout the midwest. Mike and the Moonpies maintained a rotating cast of musicians, and a Monday night residency at the Hole in the Wall in Austin, from '08-'10 before solidifying the current lineup of Kyle Ponder, Preston Rhone, Zach Moulton, and Catlin Rutherford. In 2011, with the addition of John Carbone on piano, the Moonpies moved from Hole In The Wall to a new honky tonk in east Austin, The White Horse. Here, they would carve out their niche. While playing a blend of original material from their debut album 'The Real Country,' and covering songs by their Austin predecessors like Doug Sahm and Jerry Jeff Walker, the White Horse and the Moonpies built what would become one of the most notorious residencies in recent Austin music history. That same year, the band was also approached by Daytrotter.com with an offer to be a part of their annual touring concert event Barnstormer IV. This was the introduction of the Moonpies to the midwest and a national audience. In 2012, the band self released 'The Hard Way.' A 10 song original album that showcased the tightness and maturity the band had developed over the past year of playing 4-5 nights a week. The following year would prove to be an eventful one for Mike and the band. In February of 2013, Mike Harmeier and his new fiance would find themselves stranded on the Carnival Triumph cruise ship stuck in the gulf of Mexico. This brought on some local news and radio attention and sparked new interest in the band. At the same time, the Moonpies started to open for larger acts in the Texas music scene and were gaining praise from bands like Eleven Hundred Springs, and Hayes Carll.