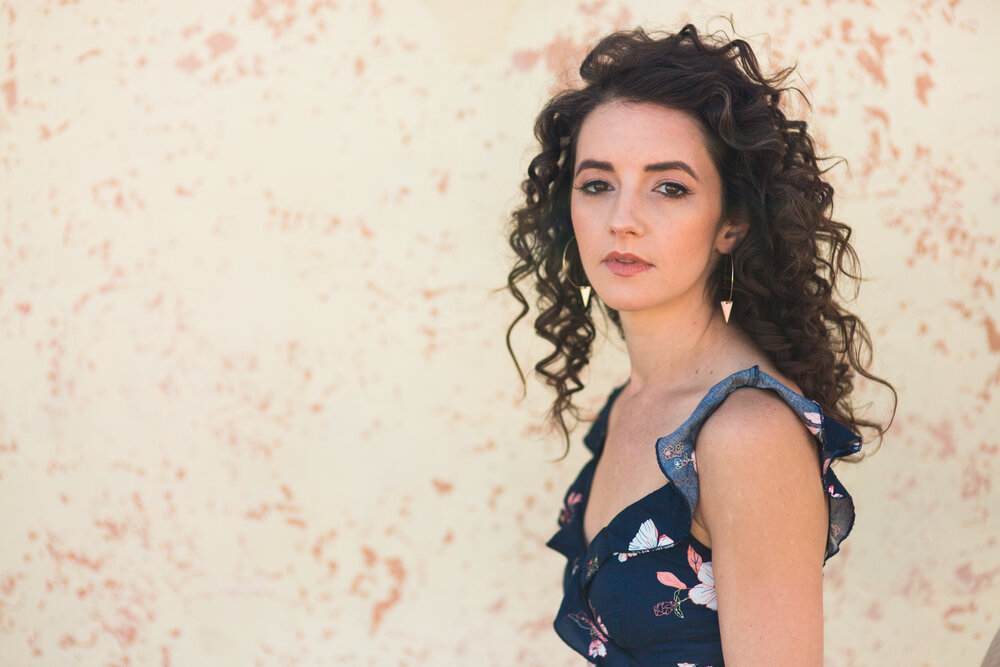 “It was a gamble,” Michaela Anne says of making ‘Desert Dove,’ her gorgeous debut for Yep Roc Records. “Behind the scenes, everything had kind of fallen apart around me, and the only way I could afford to record was to take on a ton of credit card debt and just go for it. It was scary, but I believed in these songs enough to take the risk.”

To say that risk paid off would be an understatement. Produced jointly by Sam Outlaw and Delta Spirit’s Kelly Winrich, ‘Desert Dove’ is Michaela’s most expansive work yet, full of lush, sweeping arrangements and honest, deeply vulnerable self-examination. While the songwriting is still very much rooted in the classic country she’s come to be known for, the record represents something of a sonic shift for Michaela, incorporating more modern production elements than ever before in pursuit of a sound that owes as much influence to indie rock as honky tonk. Despite the bolder, more adventurous arrangements, Michaela’s crystalline voice remains front and center here, a pure, airy beam of light shining bravely into the dark corners of loneliness, pain, and desire that we all so often to try to hide.

“I grew up constantly on the move as a military kid,” says Michaela, who called Washington, California, Virginia, Michigan, and Italy home at various points during her childhood. “I’ve never felt particularly rooted in any community, and I think that led me to become a very searching, questioning person. Writing music was always my way of dealing with having more questions than answers.”

Michaela’s writing first began garnering national attention with the 2014 release of ‘Ease My Mind,’ an old-school collection hailed by The New York Times for its “plain-spoken songs of romantic regret and small-town longing” and named one of the year’s best country albums by The Village Voice. After a move from Brooklyn to Nashville, Michaela followed it up in 2016 with the similarly lauded ‘Bright Lights and the Fame,’ which featured guest appearances by Rodney Crowell and Punch Brother Noam Pikelny. NPR said Michaela “works through weepers and hits the honky-tonks as every great country singer should,” while Rolling Stone compared her to Linda Ronstadt and Emmylou Harris, and Vice Noisey praised her as the antidote to commercial pop country, calling her “our saving grace, our angel, the person who will help usher us into a new age.” Songs from the record landed on high profile Spotify playlists as well as the HBO series ‘Divorce,’ and the album earned Michaela slots at Bristol Rhythm & Roots, Merlefest, and both the US and UK iterations of AmericanaFest, along with a seemingly endless series of dates across the States and Europe with the likes of Mandolin Orange, Courtney Marie Andrews, Joe Pug, Ron Pope, and Sam Outlaw.

“The last few years have been the heaviest touring of my life,” reflects Michaela. “All my ideas about making a living as a musician were upended, and I came to this deep realization that careers and relationships and the balance between them are a lot more complex than I’d ever really dared to understand.”

As she drew closer and closer to her artistic dreams, Michaela found herself grappling with the instability and uncertainty of the path she’d chosen. Traveling for the majority of the year while simultaneously reckoning with the fallout from disintegrating label and publicity deals at home, she felt compelled to reevaluate the notions of success and sacrifice that had long guided her.

“I was doing what I’d always wanted to do, but I realized that none of it matters if you’re not happy and healthy,” Michaela explains. “I had to tap back in to what motivated me to become a musician in the first place, and that was sharing songs and stories in an effort to connect with people and help them feel less alone in this world.”

With that guiding principle, Michaela left Nashville behind to record ‘Desert Dove’ in San Clemente, CA, separating herself from Music City in favor of a more isolated environment where she could create without pressure or distraction.

“I’d never made a ‘destination’ record where I didn’t just come home from the studio at the end of every day,” says Michaela, “but something about going to California felt right. A lot of the music was inspired by the desert and the west coast, and several of the songs I’d written referenced the state specifically.”

Michaela cut the record slow and steady over the course of several weeks with an all-star band that included guitarist Brian Whelan (Dwight Yoakam, Jim Lauderdale), fiddler Kristin Weber (Kacey Musgraves, Margo Price), and drummers Mark Stepro (Ben Kweller, Butch Walker) and Daniel Bailey (Everest, Father John Misty). The production pairing of Outlaw and Winrich also proved to be an ideal fit for Michaela, with each artist bringing their own unique skill sets and approaches to the studio.

“I toured in Europe opening for Sam and playing in his band, and we connected over a mutual love for music that just makes you feel good,” explains Michaela. “We both appreciate the joy of a simple pop song. And Kelly comes from a totally different background than us with Delta Spirit. He plays a million instruments and really helped us hone in on an edgier sound with less traditional arrangements.”

The dreamy swirl of strings at the top of album opener “By Our Design” signals that shift away from tradition from the very outset. Like much of the album, the track is achingly beautiful, balancing optimism and fatalism in the same breath as it seeks to make sense of the way we build our lives in the modern world. There’s an undercurrent of yearning in Michaela’s music, a pursuit of things that seem to hang eternally out of reach. The melancholy “Be Easy” chases a peace of mind that never comes, while the breezy “Child Of The Wind” longs for connection and permanence in the face of perpetual itinerancy, and the cinematic “Tattered, Torn, And Blue (and Crazy)” tries to make sense of the way people come and go from our lives.

Michaela’s writing on the album is also imbued with a fiercely feminine perspective, assured in its power and unapologetic in its candor. The prostitute of the title track challenges the traditional perception of women as a source of comfort and service for men (“You love them all the way they want and they need / But tell me who does your heart wish to please?” she asks), while the spirited “If I Wanted Your Opinion” offers up an all-purpose response to gendered condescension.

“When I got to Nashville, I was told the ‘rules’ of songwriting,” Michaela recounts. “I was informed that a woman in a country song can never be the victim, but she can also never be the perpetrator. That’s not real life. As a woman, sometimes you’re everything all at once, and I wanted to write about those real experiences.”

In the end, that vivid grounding in real experience is what makes ‘Desert Dove’ such a powerful record. Michaela’s subjects are complex, three-dimensional characters, and her nuanced, empathetic portraits of them revel in exploring the gray areas between good and bad, joy and pain, love and regret. Recording ‘Desert Dove’ may have seemed like a gamble at the time, but these days—with a new label, a fresh sound, and a full calendar on the horizon—it feels more like a sure bet.