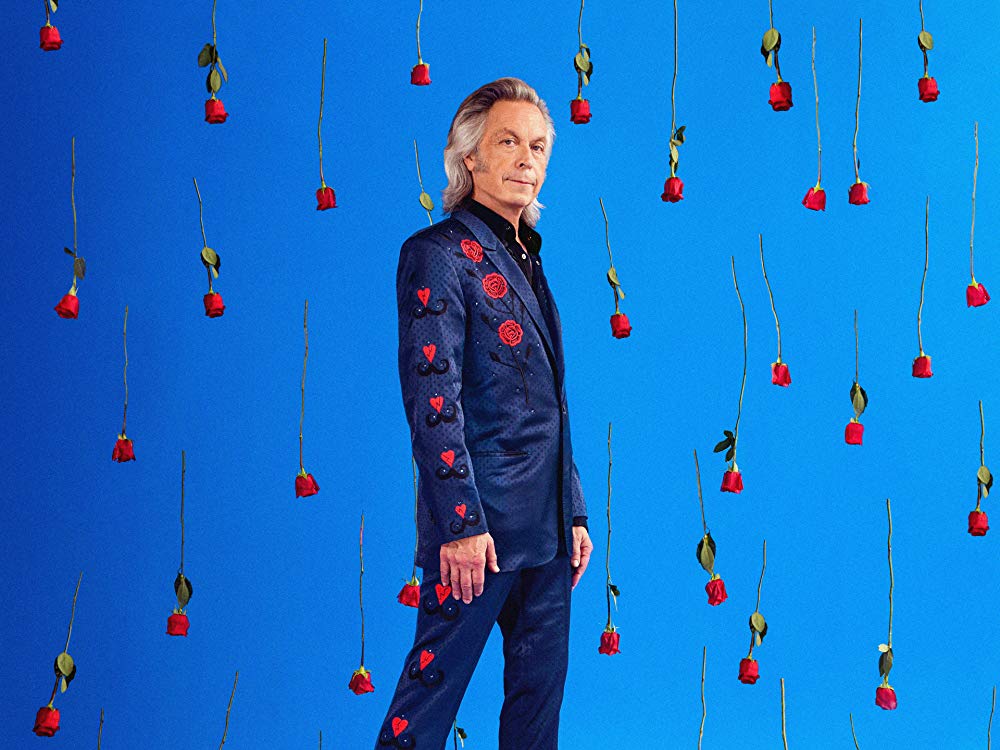 Jim Lauderdale is both a "songwriter's songwriter," who's written/co-written many modern classics for iconic artists, as well as an intuitive sideman, who's enhanced the music of a bevy of esteemed musicians. As a solo artist, since 1986 up until now, he's created a body work spanning 29 albums of imaginative roots music, encompassing country, bluegrass, soul, R&B and rock, as well as helping pave the way for the current Americana movement.

A longtime ambassador of the Americana genre, Jim received the WagonMaster Lifetime Achievement Award, presented by George Strait, on Wednesday, September 21, 2016, as part of the 15th annual Americana Honors & Awards.

"I know him mostly as a songwriter; a really, really, really good hit songwriter, and I've been very fortunate to cut a lot of his songs over the years," Strait said in his speech. "Like Porter Wagoner, Jim Lauderdale is a consummate entertainer, a sharp dressed man as well, a terrific songwriter and a great singer."

Lauderdale has released at least one, and sometimes as many as three, records every years since 1998. He is the second most recorded writer in George Strait's canon, as well as responsible for country hits for Patty Loveless, George Jones, Mark Chesnutt and the Dixie Chicks. He's also recorded albums with Dr. Ralph Stanley, the North Mississippi Allstars, Donna the Buffalo, Elvis Presley's band, Elvis Costello and Buddy Miller, as well as collections written whole albums with long time Grateful Dead collaborator Robert Hunter. He's the co-hosts a weekly radio show on SiriusXM with Buddy Miller, "The Buddy & Jim Show". He is also co-host of Music City Roots, the weekly live and radio, podcast and PBS series.

The making of London Southern in Jim's own words:

Making London Southern was my first time recording in the London area. It's something I had wanted to do for a long time, but more important was getting to work with Nick Lowe's band and with his co- producers Neil Brockbank and Bobby Irwin. I had been such a huge fan of Nicks and was able to be his support act back at different times in '94 and '95 which was a huge break for me. So fast forward 20 years later and this record came together. We recorded over several sessions at the Goldstar Studios in Balham. In my opinion Neil Brockbank is one of the best producers, engineers, and mixers out there, period. Tragically, Bobby Irwin has passed away and I dedicate this record to his memory. He was well loved by his friends and family and is terribly missed. JIM LAUDERDALE Management: Michelle Goble/Gellman Management / michelle@gellmanmgmt.com Some of the songs for the first session were written or started in Glasgow, Liverpool, or London after gigs in the few days before starting. Back in the States, before going back for second rounds of sessions, I wrote with co-writers John Oates (If I Can't Resist, Different Kind Of Groove) and Dan Penn (Don't Shut Me Down, What Have You Got To Lose). Neil got me to add strings to "I Love You More" which I had never tried before. He had great ideas and made this a different sounding record than I had ever gotten to make. It was a real pleasure and inspiration to play with the musicians and some of the songs were written during the recording.