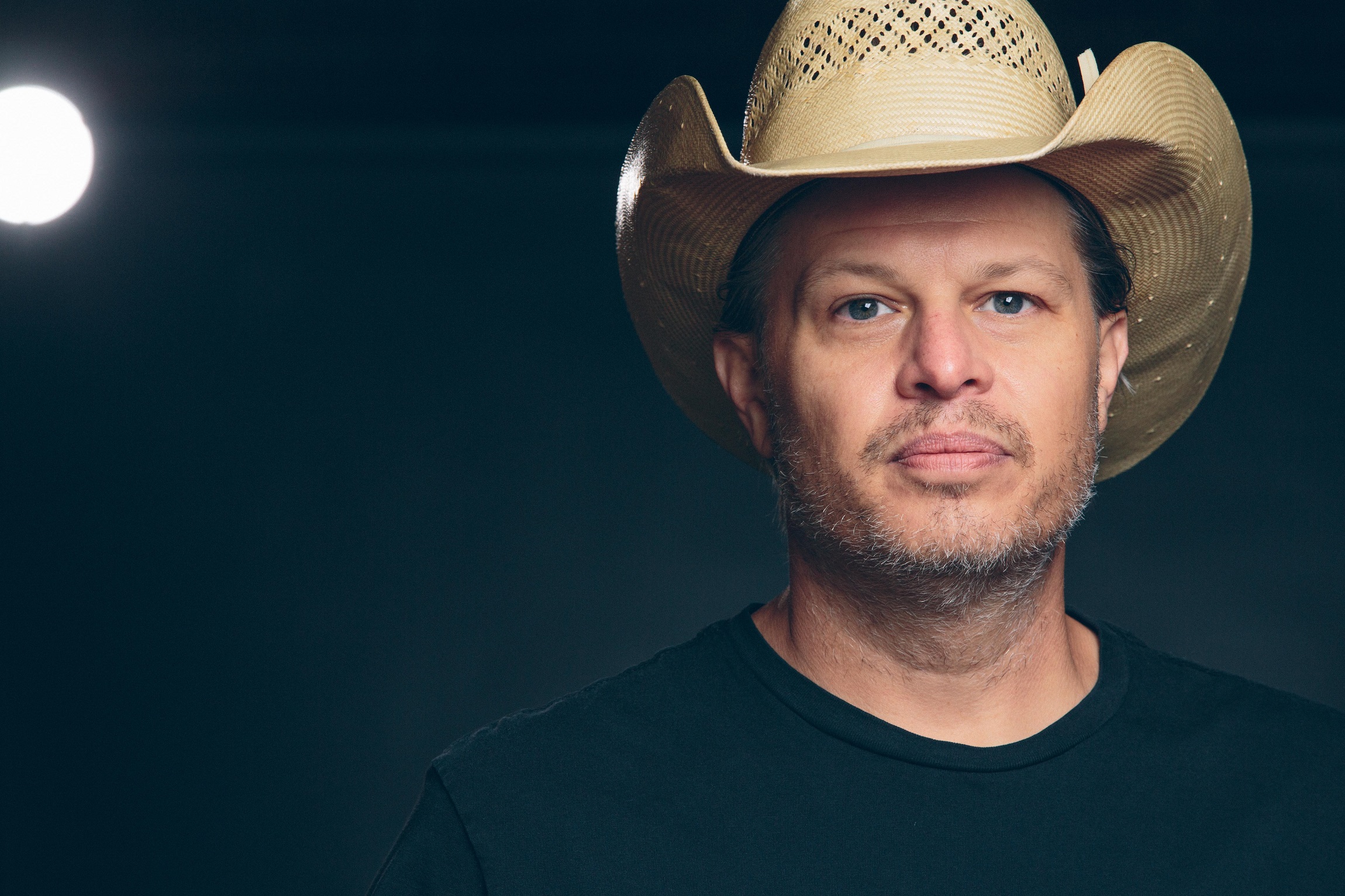 Our favorite songs are like one-night stands: passionate or sad, capable of recalling moments with Proustian power. Our favorite artists are lifelong companions: fixtures we turn to for comfort and highs.

Over the last two decades, Jason Boland and the Stragglers have delivered and become both.

“We’ve always just wanted to entertain ourselves and put out music that would be a part of people’s lives, not just something passing to them,” says Boland. “We want to be something more monolithic.” He pauses and grins as he adds, “We’re just a social experiment at this point.”

Boland is talking about the deep body of work he’s created with his band of jangly honky-tonk aces, the Stragglers––Grant Tracy on bass; drummer and background vocalist Brad Rice; Nick Worley on fiddle, mandolin, and harmonies; and Cody Angel on guitar and pedal steel. Fronted and co-founded by Boland with Tracy and Rice, the band has featured only a handful of other members over the last 20 years, all of whom––whether they’re currently Stragglers or not––are like brothers. As they’ve independently sold more than half a million albums, the outfit has packed iconic dancehalls, theaters, and other big rooms across the country.

With their new record Hard Times are Relative, Boland and the Stragglers stack the smart, road-ready outlaw country longtime fans have come to expect alongside creative risks that flirt with punk and psychedelic sounds. The 10-song collection is a rare blend of instantly gratifying and rewarding of closer listens––a definitively Stragglers accomplishment. “It’s an upbeat album––a lot of fast songs, but it doesn’t try to be fast,” Boland says with characteristic insight. “It just sits in the pocket.”

No one has combined Woody Guthrie’s conscience with Waylon Jenning’s panache quite like Boland and the Stragglers. Since debuting in 1999 with the Lloyd Maines-produced Pearl Snaps, the band has matured without taming their refreshing irreverence. “We always joke that we try to take as much as we can from Lloyd and apply it to producing our own records,” Boland says. “We’ve worked with him so many times. The most obvious thing he taught us is: just be musical. Don’t hammer through the songs like a garage band all the time.”

That mix of subtle musical sophistication and unruly Oklahoma junkyard pedigree has resulted in some of the best independent honky tonk in recent memory. “You just have to be where you are––keep plugging away and doing the best you can at any moment,” Boland says, reflecting on their career thus far. “For a bunch of slackers [like us], that’s not too terribly tough.”

Co-produced by the Stragglers, David Percefull, and Adam Odor, Hard Times are Relative is the band’s ninth studio record. All songs were recorded live to tape and without the use of any computers––now a Stragglers’ hallmark. Upbeat steel guitar kicks off album opener “I Don’t Deserve You” before Boland’s signature baritone thunders in, smooth and stronger than ever. When fellow sly honky-tonk champ Sunny Sweeney joins him in out-front harmonies, the two become the rootsy dream team you never knew you always wanted.

The album’s title track is a masterpiece: an epic story song about a young orphaned brother and sister depending on the land and one another. Rich details layered over strings paint a scene that’s compelling and lush. The song has become one of Boland’s favorites. “Folk music is hard to write. Country music is hard to write,” he says, reflecting on the difficulty of spinning a long tale while keeping it simple and engaging. “When you hit your own little tuning fork in your head, that one is a hard sell, even to me. But I enjoy that song.”