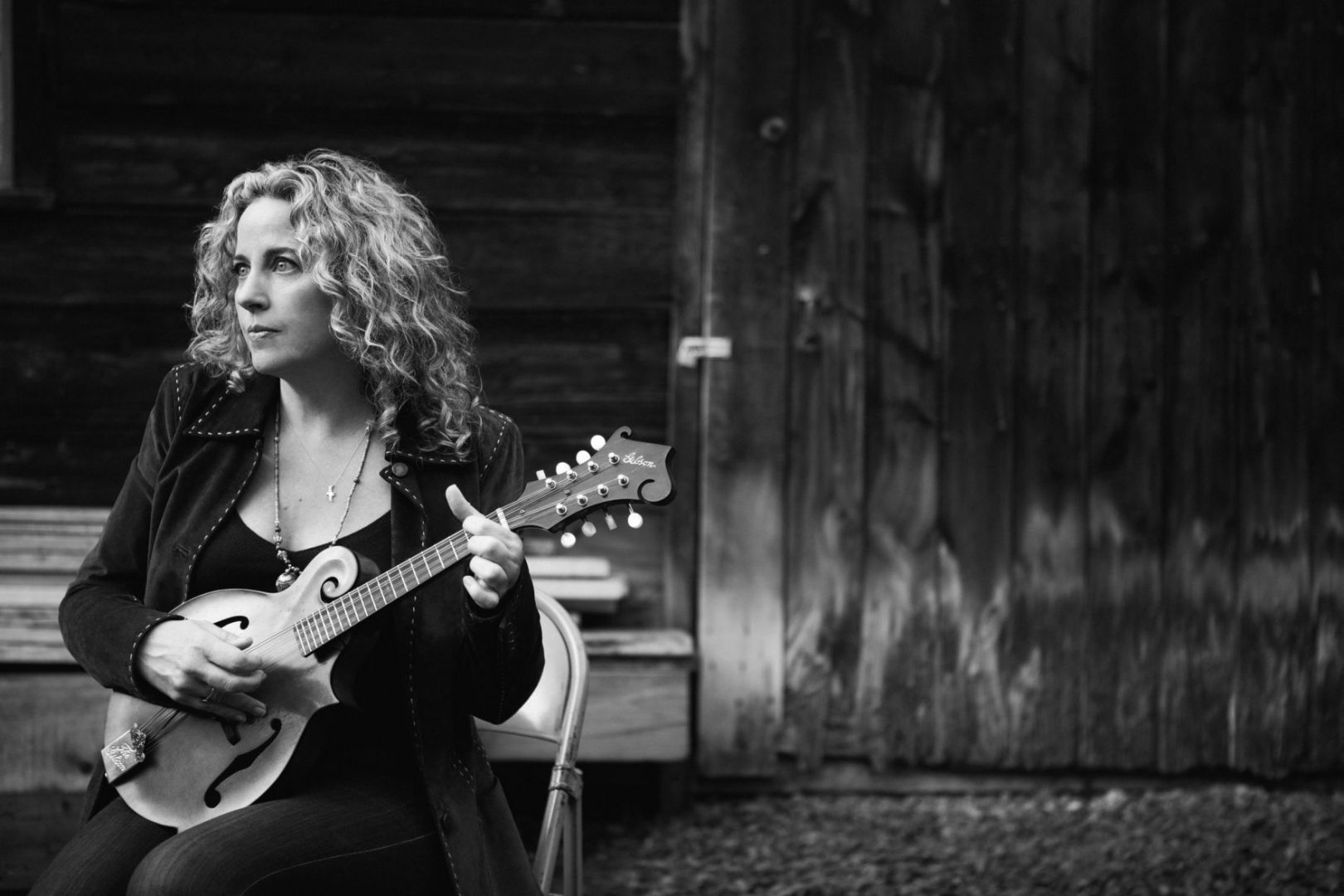 I'm just trying to tell some stories as honestly as I can,' Amy Helm says of Didn't It Rain, her first solo album.

Although the personally charged, organically soulful Didn't It Rain is her first release under her own name, Amy Helm has been making music for most of her life. She's already won widespread praise as a singer, songwriter and live performer, first as a member of the celebrated alt-country collective Ollabelle and subsequently for her extensive work with her father, musical icon Levon Helm, who passed away in 2012.
Blessed with a commanding, deeply expressive voice and an uncanny songwriting skill that instinctively draws upon a deep well of American musical traditions, Amy Helm delivers a timelessly powerful statement with Didn't It Rain.

The spellbinding dozen-song set is rooted in first-person experience, exploring universal themes of life, love and loss on such musically and emotionally resonant originals as the smoldering soul ballad 'Rescue Me,' the hushed, lilting 'Deep Water,' the meditative 'Roll Away' and the stark, haunting 'Wild Girl.' Complementing Helm's originals are her personalized takes on the Sam Cooke classic 'Good News' and the traditional title track, which she delivers with the heartfelt gospel urgency that's always been an element of her vocal persona.

Accompanying Helm on Didn't It Rain is an impressive roster of players and singers that demonstrates the esteem in which the artist is held by her peers. Helm's former Ollabelle bandmate Byron Isaacs, who produced the album, co-wrote the majority of the songs with Helm, and is featured as one-third of Helm's current live trio the Handsome Strangers, playing bass alongside guitarist Daniel Littleton and drummer David Berger. Also contributing their talents are Little Feat keyboardist Bill Payne; guitarists Larry Campbell, Chris Masterson and Jim Weider; keyboardists Marco Benevento, John Medeski and Brian Mitchell; and guest backup vocalists Carolyn Leonhart, Elizabeth Mitchell, Allison Moorer, Catherine Russell and Teresa Williams.

Didn't It Rain also marked the final recording sessions of Levon Helm, who acted as the project's executive producer as well as adding his unmistakable drumming on three tracks; Levon's distinctive count-off can be heard kicking off Amy's rousing take on Martha Scanlan's 'Spend Our Last Dime.'
Helm had originally planned to release her solo debut a bit sooner, but chose to substantially rework the album that she initially recorded, recutting more than half of the songs with the road-tested Handsome Strangers.

'That was kind of a reckless move financially, and it's resulted in the album coming out two years later than I originally thought it would, but it was the right thing to do,' she acknowledges. 'When I started the record, I'd never done a gig under my own name, and I was still getting comfortable with the idea of being a solo artist. I thought I'd finished the record, but then I started going out on the road, and the stuff that we were doing live was so much stronger than what I had recorded, and I started feeling more confidence and focus. So we went back in the studio, with no money and no budget, and found a way to do it and get it right.'

Many of Didn't It Rain's songs are the product of an extended period during which the artist endured a series of personal trials and life changes, including the April 2012 passing of her father and chief musical mentor.

'The past few years have been profoundly transformative for me, so I wanted to tell some of those stories as honestly as I could,' she asserts. 'I thought about the people I had lost, and things that had fallen apart and things that were coming together, and that influenced the way I sang these songs.'
Amy Helm began connecting with audiences early in life, playing her first gig in her early teens in a Manhattan bar and drifting informally through a series of combos before her father recruited her to join his live band. She also absorbed musical and personal inspiration from her mother, noted singer/songwriter Libby Titus; and her stepfather, Steely Dan co-mastermind Donald Fagen, who offered Amy additional opportunities to find herself as a performer.

'I always did gigs through high school and college,' she explains, 'but my fears and insecurities kept me from committing to it. That's when my dad became a huge influence; he scooped me up when I was in my mid-20s and put me in this blues band. I was very, very green, but I got my road-dog status with him. It was like walking through fire every time I got on stage, but it forced me to decide if I wanted to do this. And I decided that I absolutely wanted to do it.'

Amy's vocal and songwriting talents soon found a home in the New York-based Ollabelle, whose three acclaimed albums and countless live gigs saw her evolve into a confident, charismatic performer. She also resumed her musical collaboration with her father, singing and playing in his band, playing on and co-producing his Grammy-winning 2007 comeback album Dirt Farmer, and helping to organize the now-legendary Midnight Ramble concerts at Levon's home studio in Woodstock, NY.

'He was the best teacher, in so many ways,' Amy says of her father. 'He wasn't interested in overthinking anything; all he cared about was playing music. He saw himself as a working musician, and it was serious business and it had to be right. Playing side by side with him in the Ramble band for ten years, and building those shows with him, really changed the way I approached things, and his humility influenced and shaped me as a musician, as it did everyone who played with him.'

With Didn't It Rain reintroducing her to the world as a solo artist, Helm says that her immediate plan is 'to just get out and play as many gigs as possible. I think that the job of a musician is to try and shake people out of their own heads for an hour or two, and bring some joy into the world. So I want to get out there and do the job the best I can.'